Alexis Sanchez has only 12 months left on his contract. And he has no intentions of signing a new contract. We’ve been hearing rumors all summer about the Chilean wanting to join his former boss Pep Guardiola at Manchester City.

He is focused. My decision is clear, he will stay. He will accept that. I think he will be here for this season. If we manage to do it for more seasons we will.

Then a month later he said:

‘But today, yes. I think all the three will stay. I will fight for them to stay.

‘It’s my decision, but after the board has to, of course, agree with me.

‘And if they don’t agree we have to consider it as well, and I will accept it. But the board is behind me on that.

‘(Keeping them) It is a financial sacrifice. It is a sacrifice that you have to calculate, how much it costs.

‘All that is taken into consideration, the financial sacrifice is not as heavy as it looks. I am a football manager, I want Sanchez to stay, and that’s it.

‘After that, all the financial implications, for me, is less important. But at the end of the day you have to afford it as well.’ 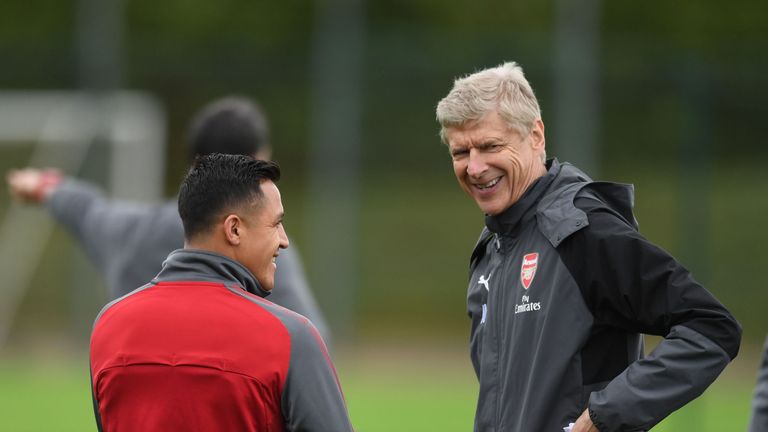 Arsene left no stone unturned in making the Chilean stay. But the Chilean was hell bent on an Arsenal exit this summer.

Sanchez feels that they have Arsenal have messed around with his move to Manchester City and he has no intent to play for them ever again.

City will make another attempt to sign the Chilean in the January transfer window. Alexis Sanchez has reached an agreement with City on personal terms. Reports say that he has agreed £300k per week wage.

City have convinced him to give him a signing on a bonus when he signs.

Last night he was on the verge of exiting Arsenal for City but because Arsenal had found a replacement. Arsenal agreed to let him go if they find a suitable replacement.

They had reached an agreement with Monaco’s Thomas Lemar and he was set to join the London based club but Arsenal felt they didn’t have enough time to complete the transfer.

The Arsenal target scored a brace last night against Holland. One of his goals was a beautiful volley. Arsenal have chosen to keep an unhappy Sanchez and they’re already struggling this season.

We hope Arsenal and Arsene Wenger know what they’re doing and they made the right choice by keeping an unhappy Sanchez at Arsenal. I hope we don’t lose them for free next season. ')}