Sorry Puma Fans, This post might hurt you a little as our Club Arsenal is planning to switch.

Arsenal kits has always been regarded as one of the best looking in English football.

Well, some people might disagree with that but to us Arsenal Fans this is true, who doesn’t like pulling up this beautiful top?

Arsenal has been with Nike for quite sometime and has enjoyed some remarkable seasons with it. Seeing your club achieving success in a particular top automatically makes you fall in love with it.

Also, when the players you grew up watching play for your club it just gets you into that nostalgic phase.

Considering all these legends wore that top we all must have one in our lockers for sure. And Of course who can forget Arsene Wenger always failing to zip up his famous Nike coat?

Not to forget he also used to struggle finding the pocket on a cold rainy night at Fulham.

Few years back Gunners switched to PUMA kits and we had mixed feelings about it.

Many fans got in love instantly whereas few got time to get used to it. 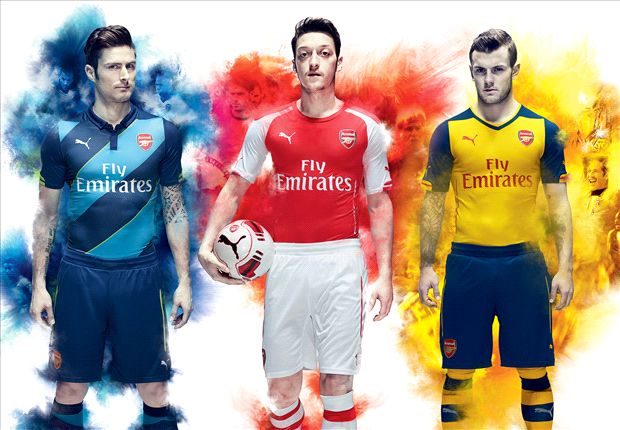 Now, Arsenal are looking to switch the kit manufacturers even though they have 2 years of deal still remaining with PUMA.

Arsenal agreed  £150million contract with the German firm in 2014, following a 20-year association with Nike.

The deal got a lot of hype as far business  was concerned, as Puma mentioned it was the biggest deal for both parties.

According to many sources, including Mirror Football understands that Gunners have already made Adidas their priority. Chelsea signed a £900million, 15-year kit deal with Nike – worth £60million annually – last October, while Manchester United are into the third year of their £750million deal with Adidas.

With Gunners believing that their deal is well below the market value – they are already planning to switch and get the money they deserve. Addidas having lost Chelsea to Nike is desperate to get us on Board. However, Puma has the right to negotiate first.