The Frenchman was relegated to the bench after the arrival of his compatriot, and many said his time is up.

Olivier Giroud joined Arsenal in 2012-2013 from  Montpellier, where he won the Ligue1 title and was top scorer.

Giroud has been a constant server of the club and has appeared on many tough occasions for Arsenal.

After the arrival of Lacazette many bigger clubs eyed his position at Arsenal.

Many approached to buy him too and Arsenal Football Club gave him complete freedom of deciding his future.

Many thought he’ll leave considering the options he had, but like a loyal servant he decided to stay. 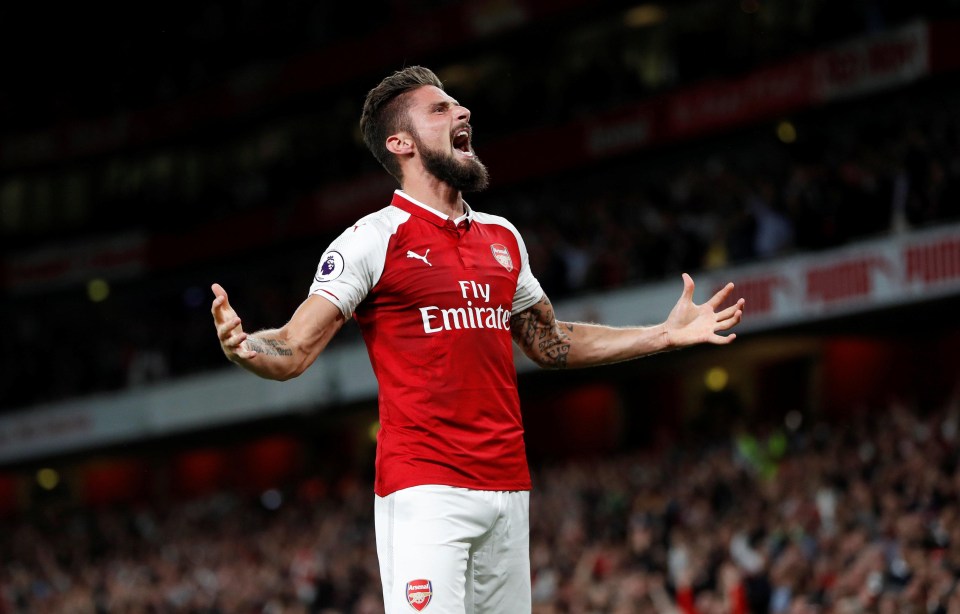 Like a loyal servant, Giroud decided to stay and gained respect of every Arsenal fan.

His stay will benefit the club in many ways, as competition on the bench is always vital if you’re fighting for bigger prize.

Giroud said that the thought of leaving the club was “too much to bear.”

Which goes to show that he has his heart at the club, and you don’t find such players too often these days.

West Ham, Everton and Marseille were all keen to sign the 30-year-old following the arrival of Lacazette from Lyon. But Giroud says the thought of leaving was, in the end, too much to bear.

“To be honest, there was something in my soul and in my heart which told me to stay,” said the France international, who watched Danny Welbeck and Lacazette start ahead of him.

“To be honest, I have been hesitating because I am the most happy man when I play and I am on the pitch. I keep the faith and I still believe I can have an important part to play this season in the club.

“I feel good in my head and also physically. So I am 100 per cent focused on the club project.”

He said: “I have been through five amazing years here, so I felt like the story had to continue.

“There are nice days to come for me in an Arsenal shirt.”

A place in the starting line-up is his target – and goals will help his cause.

“It benefits everyone,” he added. “It will make the manager’s decision harder and harder.

“It is good for him and good for us. Competition will allow us to improve again and again. Good competition forces you to always give your best.”

Arsene Wenger was also delighted by the decision of the Frenchman.